Photo by Murat Karahan on Unsplash

On October 31, the White House published a proclamation on National Native American Heritage Month, which runs through the month of November. The proclamation shared the importance of honoring the culture and history of the Indigenous community and heritage. In the same light, the White House noted the unfortunate reality that America has not always delivered on its promise of equality for Native Americans.

In celebration of Native American Heritage Month, we wanted to spotlight five Native American journalists that are taking the initiative to share the important stories and subject matters that affect the Indigenous community.

Patty Talahongva is a history-maker. In 2002, she became the first Native American anchor of a national news program in the United States when she was hired on at Village America. During her 30-year career, Patty, a member of the Hopi Tribe, has worked in various forms of media, including television, radio, newspapers, magazines, and web publishing. Patty currently contributes to Indian Country Today.

Hey #IndianCountry this is where you can watch election coverage tonight of Native candidates! Go to our website and join us! I’m covering the re-election campaign of James Ramos in California. 🇺🇸✔️🇺🇸✔️🇺🇸 #ElectionDay https://t.co/eNhijKANdN

Award-winning journalist Frank Vaisvilas is a Native American Affairs reporter who has written feature stories for the Chicago Tribune, Chicago Sun-Times, and the Daily Southtown. Vaisvilas, who traces his roots to the Yaqui, the Indigenous people of Mexico, hopes to give a voice to the voiceless and provide Native American and Indigenous people the opportunity to share their stories and opinions regarding issues important to their community. Vaisvilas currently covers Native American Affairs for the Green Bay Press-Gazette.

Formerly of the Texas Observer, award-winning investigative journalist Tristan Ahtone is currently the Editor at Large at Grist. Ahtone, a member of the Kiowa Tribe, has built a reputation for delivering meaningful, high-impact investigative coverage. Prior to his time at the Texas Observer, Ahtone served as editor of the award-winning Indigenous Affairs vertical at High Country News.

To reach net-zero carbon goals with their current plans, countries around the world will need 1.2 billion hectares of land, an area larger than the US, for carbon removal projects. More than half of that land would need to be transformed into new forests. https://t.co/HWj5FW3ZaR

Trahant is a former editor of Indian Country Today, where under his leadership, ICT launched the first national daily newscast available through PBS network stations. He is currently the editor-at-large at ICT.

The American Indian Press Association had some really interesting scoops. It reported the promise of candidate Shirley Chisholm to appoint a Native American as Secretary of the Interior. She pushed this idea at the 1972 Democratic National Convention. https://t.co/XoCNWEzNNd v

Like the other exceptional journalists mentioned on this list, Katie Oyan is a trailblazer. She previously served as the first managing editor of Indian Country Today as part of a partnership with the Associated Press, where she has been for more than 15 years. Oyan, Oglala Lakota, was recently named as the Deputy News Director for Local News Success with the AP.

Today AP's Marcia Dunn interviewed the first Native American woman in space, Nicole Aunapu Mann, who is currently at the International Space Station. The questions all came from AP members and tribal media outlets — and they were terrific. Check it out:https://t.co/wrvCCCqwF2

Looking for Native American-related news? We can create a PR Newswire newsfeed for you. It’s easy. Sign up at PR Newswire for Journalists today. 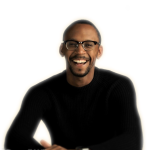 Darnell Wilson Jr. is a Promotional Communication/Account Management professional with a love of story telling!

This author does not have any more posts.