Photo by Árpád Czapp on Unsplash

With the new year just around the corner, it’s time to reflect on some of the biggest news on social media from 2022. This year was the start of getting back to “normal” after 2 years of a global pandemic and we saw some big changes to the social media world, as well as many historic events take place.

With just a couple of weeks left in the year, here are the top five social media stories of 2022.

The world’s richest man, Elon Musk, completed the purchase of the social media platform in October. The self-titled “free speech absolutist” promised to ensure the platform would promote free speech and even said the company would reinstate former President Donald Trump’s Twitter account, which was suspended after the January 6 riots. After Musk’s Twitter takeover, Trump’s Twitter was indeed reinstated.

the bird is freed

Reactions to Musk’s ownership of Twitter have been mixed as some users are enthusiastic for the platform to have less moderation, while many other users threatened to leave or left the platform in fear that harmful speech would not be monitored and removed. Shortly after Musk took over, the company suffered major layoffs and the remaining staffers were given an ultimatum to either commit to working “hardcore” or take severance.

Elon’s purchase of Twitter is arguably one of the most talked about events on and about social media this past year.

In a 5-4 decision, the Supreme Court overturned Roe v. Wade in June, a decision that had been upheld for nearly 50 years. On both sides of the spectrum, people used social media to express their feelings about the decision. Many brands and companies also took to their social media platforms to show their support for women and discuss what resources they would be offering to their employees in light of the decision.

In response to today’s SCOTUS ruling, Twilio is taking these steps to support our employees and to support reproductive healthcare rights around the world. pic.twitter.com/aQO77zn4Di

Analysis from Cision found that while issuing a statement or staying silent both carry risks, a lack of public statements raised concerns for 70% of users. As consumers continue to make buying decisions based, at least in part, on a company’s stance on social issues, we’re likely to continue seeing organizations make public statements about their values and responses to major news stories like this one.

3. The Queen of England Passes Away

After a 70-year-long reign, Queen Elizabeth II passed away on September 8, 2022. Queen Elizabeth II was the longest-reigning monarch in Britain’s history. Her death marked the end of one era and the start of another with her son Charles, now known as King Charles III, taking over.

Politicians such as President Joe Biden used social media to offer their condolences and statements on her passing. The royal family also used its own Twitter account to announce her death.

The Queen died peacefully at Balmoral this afternoon.

The King and The Queen Consort will remain at Balmoral this evening and will return to London tomorrow. pic.twitter.com/VfxpXro22W

On the other side of the social media spectrum, however, some users had less than sorrowful responses to her death and even made memes about it.

Russia invaded Ukraine in February, the beginning of a now 10-month-long war. Social media became pivotal in documenting the war as well as providing updates from users in the country. It was even utilized before the attacks began when TikTok users posted videos of Russian military gathering along the Ukrainian border. TikTok and Twitter especially became popular platforms for users to share a “quick-pulse stream of consciousness in a morality play where ancient brutality meets raw, digitized immediacy.”

Social media has helped the rest of the world see the human toll that the war is taking on the citizens in Ukraine. At the same time, social media’s involvement in documenting the events has stoked the fear of misinformation about the war. This led many users to demand that social media platforms take action to prevent false news about the war and monitor news from Russia for misinformation.

The high-profile defamation trial between former spouses Johnny Depp and Amber Heard caused a whirlwind on social media. There was a ton of buzz about the six-week-long trial, which was heavily covered by the media and had many watching the case unfold live via YouTube and other streaming platforms. Social media provided overwhelming support for Depp on multiple platforms, particularly TikTok. On the platform, the hashtag “JusticeForJohnnyDepp” has received more than 21 billion views.

One of the many viral posts has more than 600 thousand likes on Twitter and more than 100 thousand retweets. It shows a compilation of clips from Depp’s cross-examination by Ben Rottenborn, Heard’s attorney

Heard’s lawyers stated that they believed that social media and the support Depp received on it played a large role in the outcome of the trial, which ended with Depp being awarded more than $10 million in damages.

Between pop culture news and breaking world news, 2022 provided a lot for social media users to talk about. It also showed which platforms carried the most weight when it came to users getting their news. According to Pew Research, more than half of Americans get their news at least sometimes from social media. As we look forward to a new year, we’ll keep an eye on the major news stories that take over or are driven by social media. 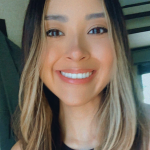 Vanessa Martinez is a Senior Account Executive at PR Newswire. When she’s not working, she can be found taking weekend trips, hiking or with playing with her 3 dogs.