A bipartisan bill that could force Google and Facebook to fork over billions of dollars to local news outlets has lurched back to life. The Journalism Competition and Preservation Act, or JCPA, would allow publishers to negotiate with the two giant tech platforms, something that would normally be prohibited because of antitrust concerns. The proposal would exclude the largest publishers and would lead to binding arbitration if the two sides can’t reach an agreement. The legislation’s cosponsors in the Senate are Amy Klobuchar (D-Minn.) and John Kennedy (R-La.); the House cosponsors are David Cicilline (D-R.I.) and Ken Buck (R-Colo.). A similar law in Australia has brought in $140 million, but critics have complained that the law’s main effect has been to further enrich Rupert Murdoch, still the leading press baron in his native country.

Snap, the company behind Snapchat, will reduce its staff by 20% as part of a larger restructuring. Snap has struggled financially for months. In May, CEO Evan Spiegel wrote in an internal memo that the company would miss its revenue goals for the second quarter of the year. Sure enough, even though revenue for the quarter was $1.11 billion, up 13% year over year, the company badly missed its previous guidance of 20% to 25% growth. Laid-off employees in the U.S. will receive four months of compensation replacement, plus financial assistance to enroll in COBRA, Snap says. In addition, Snap will try to mitigate costs by slowing production on Snap-funded originals, minis and games, hardware, and standalone apps Zenly and Voisey. Though Snap says it is committed to developing Spectacles, its augmented reality glasses, the company will no longer develop the Pixy drone.

The Block, a crypto media company, is moving parts of its consumer paywall exclusively to a crypto token model. The move makes it the first newsroom to launch a tokenized paywall within a new industry framework called the Access Protocol, which allows consumers to buy multiple media or creator subscriptions via a uniform set of tokens. When a user hits a paywall on The Block’s website — and in the future, other media paywalls — they can “stake,” or temporarily commit, a certain amount of tokens to gain access to the website’s content. The Access Foundation, which is backed by grants from blockchain platforms Solana Foundation and StarkWare, hopes to launch the tokens in the fourth quarter, and The Block’s tokenized paywall will launch at that time. In the interim, it’s looking to onboard more publishers and creators to the Access Protocol.

Also from Axios: Time has bought Brandcast, a company that licenses software for easy-to-build marketing sites.

NBC is considering reducing the number of hours it programs in prime time, a cost-cutting move that would reflect broadcast television’s diminishing popularity, people familiar with the matter said. The scenarios would see NBC end programming the 10-11 p.m. hour and give those seven hours per week to local TV stations to program. The talks are preliminary and NBC hasn’t officially discussed the matter with its affiliate board, a group that represents station partners. The earliest such a shift could take place would be the fall of 2023. If NBC did drop the hour, it would have to decide which shows in its lineup would get cut. The network currently airs mostly scripted dramas in the 10 p.m. hour, which could be moved to earlier in the evening to replace other content. If the plan moves forward, the network likely would seek to move up the start time of its late-night programming block to 10:30.

Also on the TV front: Gray Television has announced a new minimum wage of $18 an hour for its employees.

In a message to staff, Reuters interim president Matt Keen shared that Thomson Reuters has completed the acquisition of PLX AI, a financial news service, and will now begin the integration into Reuters News. The Danish business has a significant partnership with LSEG Refinitiv and is available exclusively through Refinitiv products. The company is small – there are just three PLX employees joining Reuters. 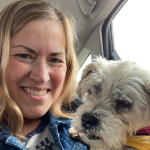